Since the earliest days of aviation, pilots have demanded the very best precision instruments to keep them safe in the air. Whether calculating speed, planning a landing, measuring fuel-reserves, or negotiating different time-zones, accuracy and reliability have always been vital in the cockpit.

That’s why many of the most well-known and well-respected watch brands in the world have stepped up to produce pilots watches. Recent years have also seen the growth of a consumer market for these high-spec professional watches. Whether to admire their design, or to enjoy the symbolism of adventure and international travel, a growing number of watch enthusiasts keep a pilots watch in their collection.

The last century has seen the development of a number of truly impressive aviation watches, so whittling them down to the 10 best pilot watches is not easy. There are many fine watches that are not on this list, yet could still be counted as amply worthy timepieces. Therefore this list simply highlights 10 of the most popular and better-known pilot watches, whose reputation has been proven of time. Take a look and see which you’d like to add to your horological collection. 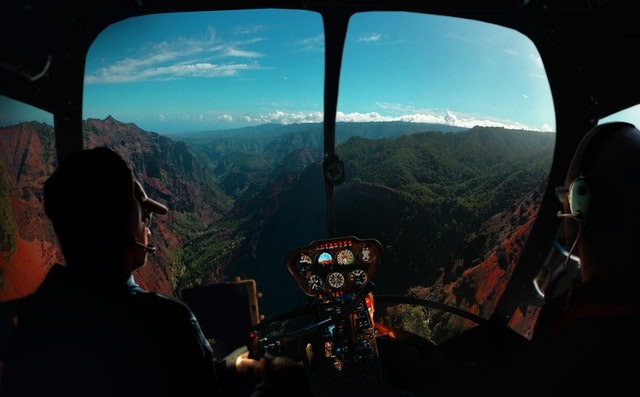 Breitling is one of the biggest names in aviation watches, with a history of producing precision instruments which dates back to 1884. Leon Breitling always focused on creating chronographs, achieving fame with his tremendously accurate pocket watches.

Breitling’s ties with the aviation industry date back to the 1930s, when they began supplying chronographs for aircraft cockpits. Their iconic Navitimer watch, first released in 1952, was designed to measure flight times and fuel requirements, and features Breitling’s patented slide rule bezel. Today, the Breitling Navitimer 1 closely resembles the original.

The Navitimer remained the watch of choice for many pilots in the mid-twentieth century, as it was recommended by the Aircraft Owners and Pilots Association. Today, it still stands as one of the great pilots’ watches of all time. View our current stock of Breitling Navitmer watches.

The Cartier Santos is widely known as the first ever wristwatch for pilots. Louis Cartier reportedly designed the watch for the famous aviator Alberto Santos Dumont, who was a personal friend of the fashion designer. Dumont struggled to easily access his pocket watch, and this led Louis Cartier to develop the simple yet revolutionary idea of securing the watch to the wrist on a leather strap.

Designed with the simple aim of making it possible to tell the time whilst flying, the Santos features no chronograph nor any impressive complications. Instead, the Santos focuses purely on legibility. The hour and minute hands benefit from Super-LumiNova technology for maximum legibility at night.

With the help of Cartier’s watch, Dumont achieved a personal flight record in 1906, achieving the height of 220-meters over 21 seconds. A modest achievement by today’s standards, but a wonderful moment in the history of aviation. For these reasons, the Santos holds a unique place in the history of pilots watches. Browse Cartier Santos watches available now.

The infamous IWC Big Pilot is one of the German brand’s best known watches, representing their historic relationship with the world of aviation. First released in 1940, the oversized Big Pilot was designed to be worn over the sleeve of a flying suit.

The Big Pilot offers a 7-day power reserve, with a power reserve indicator at 3 o’clock, and date at 6 o’clock. View all our available IWC Pilot watches.

The Rolex GMT-Master was the first watch capable of showing the time in two different time zones. For this reason, the GMT-Master has become known as a symbol of globetrotting international travellers.

First released in 1955, the GMT-Master was the fruit of a collaboration between Rolex and Pan American World Airways. Although the bezel of the GMT-Master comes in a variety of different colours, the distinctive ‘Pepsi’ (blue and red) and ‘Coke’ (black and red) bezels attract particular attention.

Fitted with Rolex’s 3186 self-winding movement, the GMT-Master II comes with the additional capability of allowing the local time to be adjusted without stopping the second hand. See our current stock of Rolex GMT-Master and GMT-Master II watches.

Relative newcomers to the world of horology, Bremont is a British brand with strong ties to the world of aviation. Working in collaboration with brands such as Boeing and the ejector seat manufacturer Martin Baker, Bremont’s pilot watches form the core of their collection.

The Bremont ALT1-Z allows you to display local time at the same time as the official world standard – Universal Time Coordinated (UTC), Greenwich Mean Time (GMT), or what’s referred to in military and aviation circles as Zulu time (Z).

Since its launch in 2007, the Z series has proven popular with military squadrons, and now with a growing commercial market. Browse Bremont watches from Blowers.

The IWC Mark series has a truly important history. Released in 1948, the Mark XI was supplied to the British Royal Air Force for over 30 years.

Despite being relatively simple in design, IWC Mark watches have provoked strong opinions over the years. The Mark XVIII, however, has emerged as a firm favourite. It’s simplicity and legibility have marked it out in the commercial market especially.

The inside of the strap is orange – invisible when worn on the wrist, but providing a nice flash of colour as you take the watch on or off. Measuring in at 40mm, it’s powered by the self-winding 35111 Calibre. View our range of IWC Pilot’s watches.

A strong contender for the best pilot watch of all time, the Rolex Air-King is a watch with a remarkable history. First released in 1945, towards the end of World War II, it became one of a series of watches presented to the pilots of the Battle of Britain to honour their efforts.

The simple and elegant design of the Air-King has ensured it remains in production to this day, with many airline companies today choosing to present a Rolex Air-King to retiring pilots. For this reason, the watch is sometimes referred to as the ‘pilots gift.’

In 2016, the Oyster Perpetual Air-King was introduced. It incorporates the latest Rolex technology into the watch, while maintaining the irreplaceable visual design of the original. View Rolex Air-King watches available now.

The Breitling Chronomat was designed for the world-renowned Italian aerobatic team Frecce Tricolori. The Frecce Tricolori (Three-coloured Arrows) was formed in 1961 as the official aerobatic demonstration team of the Italian Air Force.

A certified chronograph, the Chronomat is a truly professional instrument. It offers all the tools a pilot needs and more, including a circular slide rule, chronograph, and tachymeter to measure speeds. Many models offer water resistance to 500mm, making this watch as functional at the depths of the ocean as it as above the clouds.

One of Breitling’s all-time favourites, the Chronomat has a special place amongst the world’s most notable pilot watches. Browse Breitling Chronomat watches in stock at Blowers.

One of the newest additions to Rolex’s collection, the Sky-Dweller was released in 2012. It utilises many of the brand’s most impressive technological advances to realise a high-powered and versatile watch for pilots and international travellers.

An off-centre disk on the dial displays a second timezone so the wearer can easily reference the time in two locations. The rotatable bezel can be rotated to three positions to adjust the date, local time, or reference time using the winding crown.

The Sky-Dweller is powered by the calibre 9001 self-winding movement – a certified Swiss chronometer, and one of the most complex calibres ever created by Rolex. View Rolex Sky-Dweller watches in stock now.

Zenith’s Pilot watch collection pays homage to a history that dates back to the earliest days of flight. According to Zenith, one of their watches was worn by the famous French aviator, Louis Blériot, as he became the first person to fly across the English Channel in 1909.

In the best way possible, Zenith Pilot watches retain the feel of a weighty pocket watch strapped to the wrist – which like the Cartier Santos is sort of what it was – making the weight of its history tangible to the wearer.

Zenith Pilot watches today retain the features of the original. This includes the simple, legible dial with large Arabic numerals and hands, and the huge crown, designed to be turnable whilst wearing flying gloves. Some recent models come with a chronograph, tachymeter, and date display. Browse Blowers’ current stock of Zenith watches.

Looking for a specific watch? Get in touch with us at Blowers Jewellers, and we will endeavour to source it for you.