The problem with some chronographs is that by actuating the stopwatch function, part of the energy from the mainspring is diverted from powering the time indications. The result of this is the accuracy of the watch can be adversely affected. This is not the case with the Jaeger-LeCoultre Duomètre. In 2007, Jaeger-LeCoultre, a watch company with an enviable reputation for crafting ingenious, Manufacture movements par excellence, conceived a wonderful solution to this problem in the form of the Duomètre à Chronographe.

The ‘dual-wing’ movement consists of two independent barrels, each with its own gear train but sharing a common screwed balance. The Calibre 380 was the first movement to be housed in a wristwatch with no coupling-clutch, typical of many chronographs. The winding crown is turned in one direction to energise the mainspring for the chronograph and the opposite direction to power the mainspring responsible for the time indications.

Positioned at 6 o’clock on the dial of the Duomètre à Chronographe is a foudroyante, or a jumping seconds hand, displaying 1/6 of second integers.

The Duomètre à Quantième Lunaire forgoes the chronograph complication in favour of a date display and a strikingly attractive moon phase indication. In 2012, the model received a mild makeover, including an updated dial design featuring open-worked sections in the lower portion of the dial and a new smaller case size of 40.5mm (formerly 42mm). Also in 2012, Jaeger-LeCoultre released probably one of the most fascinating iterations of the Duomètre family, the Duomètre Sphérotourbillon.

When Abraham-Louis Breguet patented his invention, the tourbillon, in 1801, it was intended for use within a pocket watch. This device proved ideal or a timepiece held in a vertical plane, typically in a waistcoat pocket. By placing the escapement within a rotating cage, turning in one, vertical plane, it made absolute sense, countering the adverse effects of gravity on the balance and conferring greater accuracy.

However, with the advent of wristwatches, the enhanced accuracy proffered by a tourbillon is less obvious. For example, a wristwatch will be held in a myriad of angles relative to the ground, mitigating the rationale for rotating the escapement within a cage in one vector.

The Duomètre Sphérotourbillon places the escapement within a cage which rotates on the same axis. A second cage surrounds the first, is inclined at a 20° angle, turning at a different rotational speed. This combination of different angles and speeds ensures the Calibre 382, housed within the Duomètre Sphérotourbillon, compensates for the effect of gravity in all positions.

In keeping with other members of the Duomètre collection, the Sphérotourbillon features ‘two lungs’, one powering the tourbillon and a one powering the timekeeping indications. Another key aspect of the Duomètre Sphérotourbillon’s specification is a flyback seconds function, allowing the wearer to precisely synchronise the small second’s display, positioned in the lower region of the dial, with a reference clock.

While the Duomètre Sphérotourbillon confers benefits in terms of accuracy, single axis tourbillons continue to prove popular with the cognoscenti. Firstly, they often deliver a captivating spectacle of the escapement rotating within a cage, invariably revealed via an aperture on the dial. Secondly, the level of craftsmanship and expertise needed to bring them to fruition draws on the skills of the most accomplished watchmakers, a select few capable of working at this elevated level. Indeed, owning a tourbillon represents the pinnacle of watch ownership. 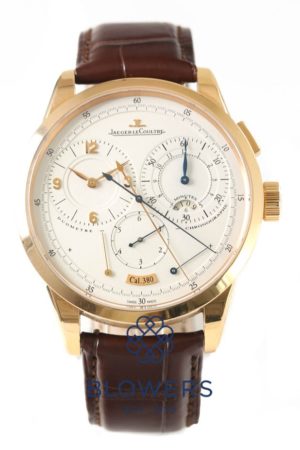 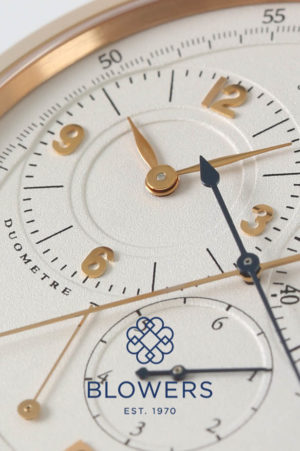