On the 12th of September 1962 in Rice stadium Texas, John F. Kennedy gave perhaps the most famous public address by an American President. In it he followed up on a promise made to Congress a year earlier, Prophesising that by the end of the decade an American would make ‘the most hazardous and dangerous and greatest adventure on which man has ever embarked’ and land on the moon.

Five years previously Omega introduced the Omega Speedmaster Chronograph. Originally designed as a sport and racing watch, it then became a favourite with Pilots who used the Chronograph movement to track flying essentials like fuel consumption and trajectory. This use by pilots helped set the Speedmaster on its most famous path.

History of the Omega Speedmaster ‘Moonwatch’

When Kennedy’s predecessor, Eisenhower, started the manned ‘Project Mercury’ space program in 1958, Test pilots became the choice to take the program forward; bringing with them their pilots watches. The Speedmaster’s place as the first ‘Moon Watch’ was cemented in 1964 when it was the only watch to emerge intact from NASA’s exhaustive testing process. NASA employees secretly bought 5 different chronographs from Jewellers in Houston. The Speedmaster was the only one to pass all of the tests beating, amongst others; the Rolex Daytona.

Fast forward five years and a reference 105.012 Speedmaster was the first watch worn on the moon. Though Neil Armstrong was the first man to set foot on the moon, he left his Speedmaster in the Lunar Module as the electronic timer on the craft had stopped working, leaving Buzz Aldrin’s Speedmaster to become the first Moon Watch. Although his 1966 105.012 is a ‘Pre-Moon’ watch, subsequent Speedmaster models began bearing the phrase ‘The First Watch Worn on the Moon’. 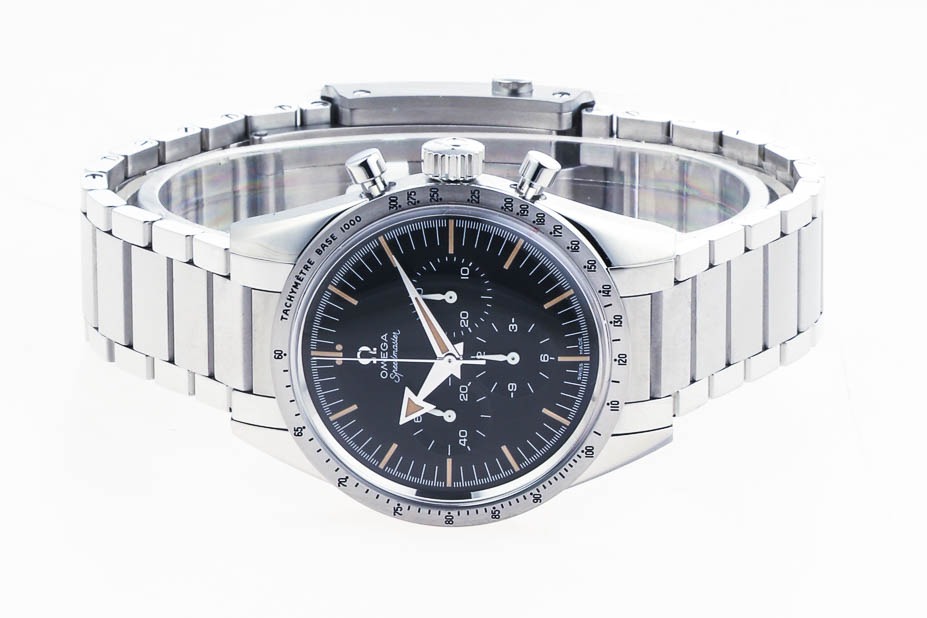 60 years on from the original Speedmaster and the model is still going strong and is celebrated with the new reference 311.10.39.30.01.001 anniversary edition Speedmaster. It is based on the original 1957 Broad Arrow, which was the first Chronograph to have the Tachymeter on the bezel as opposed to the dial. The movement is a Rhodium plated, hand wound, calibre 1861 Omega movement, which is more than a nod to the Calibre 321 movement used in the ‘Pre-Moon’ watches. The 38.6mm, brushed and polished steel, case is presented on a stainless-steel bracelet with a clasp featuring a retro Omega logo. 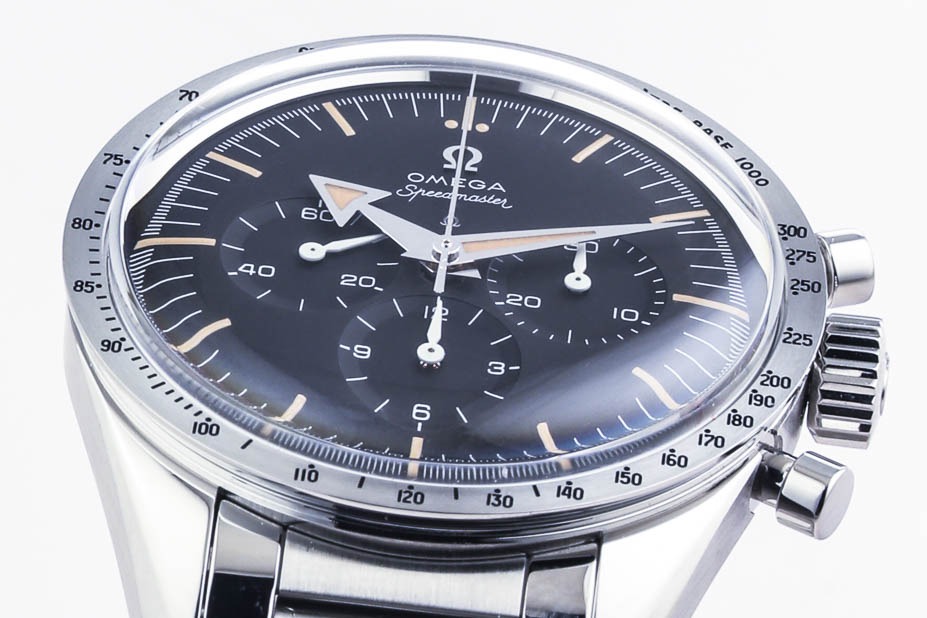 In that spine tingling speech in 1962 Kennedy said of going to the moon “…that goal will serve to organize and measure the best of our energies and skills, because that challenge is one that we are willing to accept” something that Omega have clearly ran with through the history of the Speedmaster. The 60th Anniversary addition is as much a part of Omega’s future as it is of its past, and who’s to say where this most famous of Chronographs may find itself blasted off to in the next 60 years.