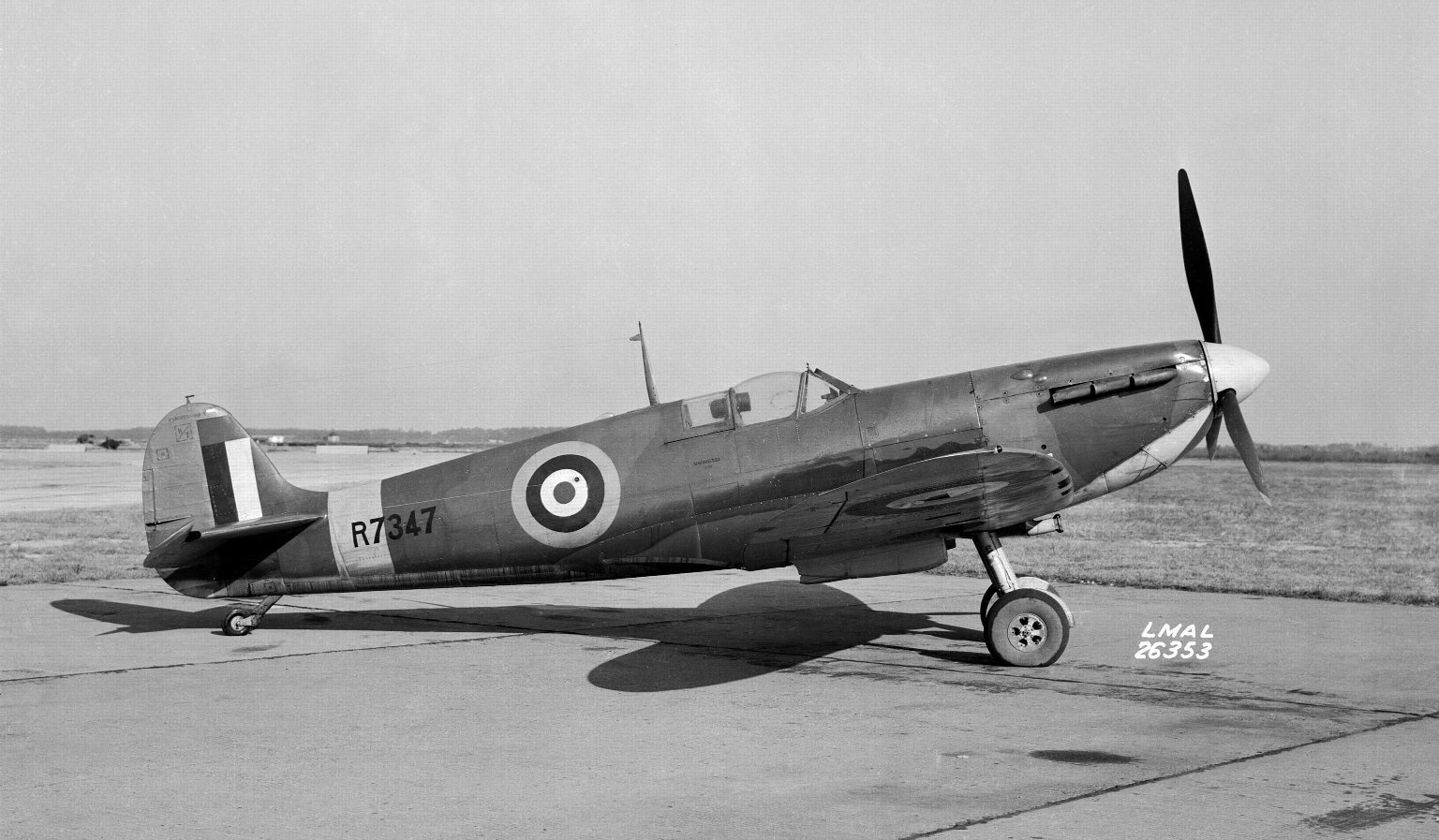 The history of the Rolex Oyster line has been defined by innovation since its early origins. It’s symbiotic relationship with both commercial and military flight lead to significant developments on both sides. Wherever an aircraft could go, an Oyster could go too. A Rolex Oyster was onboard during the first flight over Everest in 1933, at an altitude of over 10,000 meters. A year later a Rolex Oyster was used as the Chronometer on a record breaking flight from London to Melbourne, made by Owen Cathcart-Jones and Ken Waller.

History of the Rolex Air-King

At the outbreak of the second world war the need for reliable chronometers for RAF pilots saw them purchasing Rolex’s to replace their less reliable, standard issue, pieces. The Rolex air-series began production during the second world war and featured the Air-Lion, Air-Tiger, Air-Giant and the Air-King. The Air-King, the only version still in production, was created at the end of the War to honour the RAF pilots that fought in the Battle of Britain. With its 34mm dial, which was larger than most at the time, and its simple dial arrangement, the Air-King was easy to read and became the watch of choice for pilots.

In 1957 Rolex introduced the reference 5500 Air-King, which would remain in production, almost unchanged, for 37 years. This was then replaced by reference 1400 which now came with sapphire crystal and a new movement. In 2007 Rolex released the 114200 Air-King, which was the first in the range to receive a COSC certificate. The contemporary 116900 was introduced in 2016. 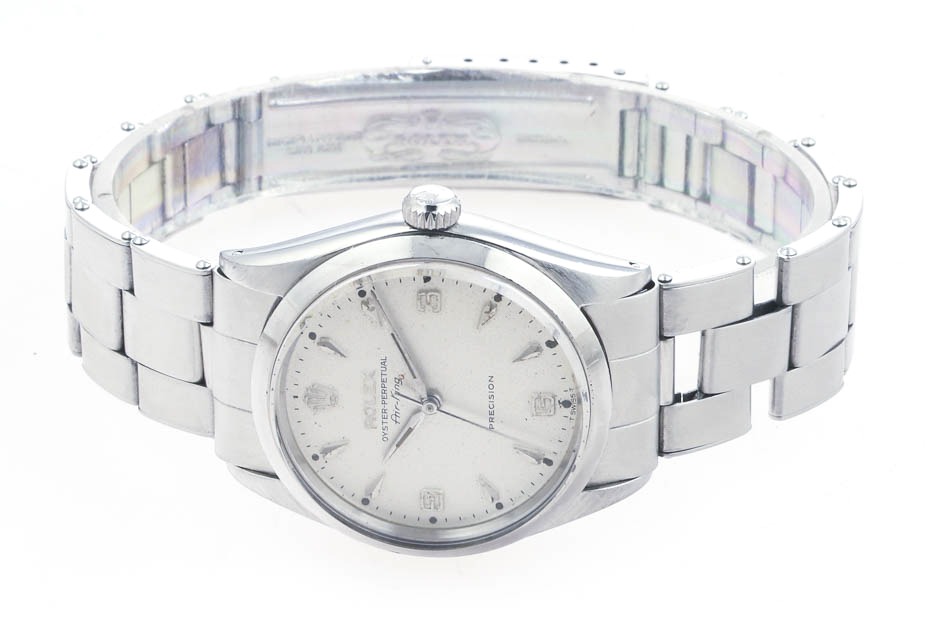 A further leap forward; the Rolex Oyster Perpetual Air-King 116900 encompasses the watchmaking excellence we have come to expect from Rolex. The legible black dial features the traditional Air-King 3,6,9 configuration alongside the minute scale designed for navigational time reading.

The 40mm case is made from stainless 904L steel, a material so resistance to corrosion that it is used in the production and transport of Sulphuric acid. The 904L steel is also used in the solid-link Oyster bracelet which includes the patented Rolex ‘Easylink rapid expansion system’ which allows the wearer to easily increase or decrease the size of the bracelet in 5mm increments. The use of such a superlative material, which is even resistant to the corrosive properties of warm seawater, coupled with the 100-metre water resistance, means that the Air-King 116900 can comfortably be worn wherever the wearer happens to be.

The Air-King 116900 is driven by the 3131 calibre automatic movement, which is entirely developed and manufactured by Rolex. The heart of the 3131 movement is the Rolex patented blue Parachrom hairspring which is insensitive to magnetic fields and temperature changes, making it much more precise than a traditional hairspring. Add to this the Air-King’s Superlative Chronometer certification, accredited to pieces that have undergone stringent tests at the Rolex laboratory, which guarantees a time differential of no more than -2/+2 seconds per day, and you have a watch that is sure to never let you down. 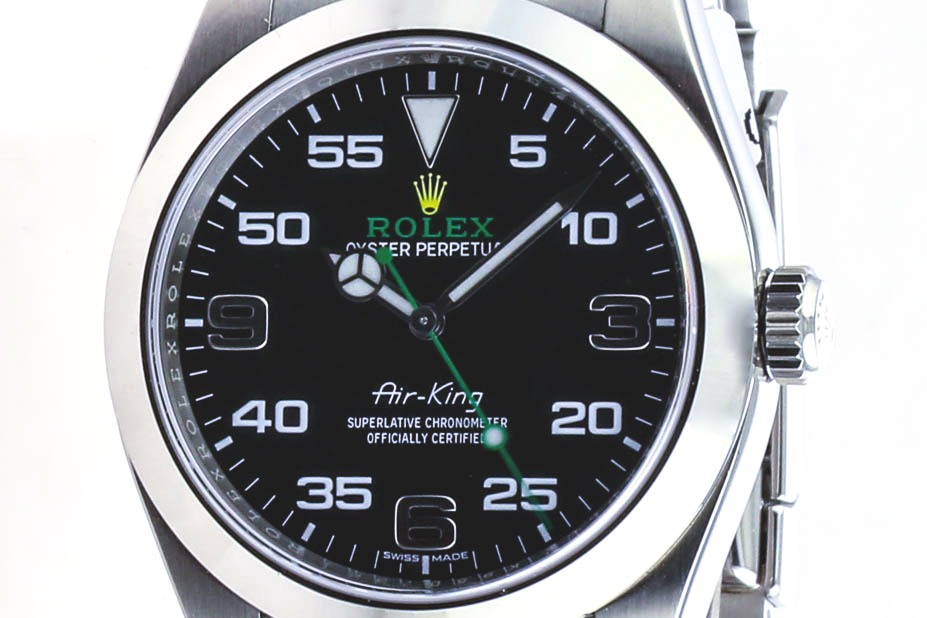 Winston Churchill said of the Pilots of the Battle of Britain: “Never in the field of human conflict was so much owed by so many to so few”, a very apt piece of oratorical praise to honour those doing heroic deeds in our most desperate of times. The Air-King stands as a monument to these heroes and rightly holds its place in the proud history of Rolex timepieces.